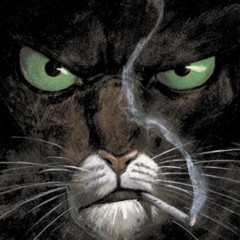 This entry has been marinating for most of the year 2020. I should have published this opinion way earlier maybe end of 2019, but it took me time to realise I should split a bigger piece in smaller articles that hopefully made sense on their own.

Like many I was happy to see the JDK landed support for containers in Java 9, and that it was backported to Java 8 as well. Now the JDK 11 enables this support by default. This change made the JVM able to read information from the cgroup, and the -XX:*RAMPercentage flag family tells the JVM which proportion of the available memory for this cgroup can be used.

In 2019, I had the chance the work on GKE (Google Kubernetes Engine) and putting Java applications in docker containers. Then bad production experiences arose that led me to think this flag may not be the right answer when applications are run in containers. This opinion could be biased toward the application mileage and in the context they were run.

This flag did not work as I expected it to be, and I’m a bit the culprit on this one as I failed to properly research. I didn’t refresh this knowledge either at that time. When this flag appeared –- as a fraction based flags first (*RAMFraction) — mostly blogs explored the new options (like this one), many thanks to authors of these blogs who did the research.

However, these blogs silently passed over the fact that *RamPercentage is about the Java heap (the same way MaxRAM is about Java heap), I simply overlooked that too. In retrospect, even without research I should have noticed this, as I wasn’t ignorant of Java native memory.

If I turned on blogs first it’s because the official documentation doesn’t even mention any *RAMPercentage flags:

I should have turned right away to this awesome contribution from Chris Newland, he wrote a tool that indexes flag’s documentations, defaults and other metadata in various OpenJDK codebase.

I knew this tool beforehand, yet I didn’t use Chris’s website first, I should have, and you should too.

How the issue happened

In Kubernetes an application is deployed via a deployment, it allows to describe various aspects of the deployment like the container image, how many replicas are desired, the roll-out strategy, environment variables, exposed ports, the resources CPU or memory it needs, etc.

The application was running with -XX:MaxRAMPercentage=85 in a container constrained to 3 GiB of memory.

This should have led enough free space but instead the application eventually hit the memory limit. Naturally the application got killed by the OS. More dramatically all replicas eventually got quickly oomkilled after some time, which led Kubernetes to always deploy new pods.

This application worked very well on a different datacenter handling all the traffic with a heap of 2 GiB. The instances in Kubernetes could handle half of the traffic well but not the entire traffic.

In short when the traffic on kubernetes instances got increased to 100% the pods started to get oom-killed.

Caution, this graph has a slight issue as it displays data in metric bytes while in reality this should be IEC bytes.

Above we can see the trend of the Resident Set Size in green, the Java heap limit (85% of 3 GiB), and in yellow the current heap usage.

With *RAMPercentage should I just raise available memory ?

This application don’t have memory leaks. So we have two parameters on why it’s possible to adjust memory :

memory limits in the deployment object of the app

That would be really convenient!

In practice, I found this approach lacking, and inefficient for various reasons :

Concretely I find no compelling argument in favor of *RAMPercentage flags, I don’t know if I’m old school, or mathematics-averse but I find Xms / Xmx easier to work with even in the context of containers.

Using memory settings with a unit encourage one to understand how an application is working, what constitutes the RSS for a Java process (which I’ll explore in an article maturing a bit longer).

Finally I’m not sure about what MaxRAMPercentage tried to solve, but today I won’t expect to use it soon. Maybe the soft max heap that is currently getting worked on will be more useful.